Unlocking the power of partnerships: SolarBuddy and The Origin Energy Foundation

For the last two years, the strong partnership between SolarBuddy and The Origin Energy Foundation has seen hundreds of Origin volunteers giving up their time in support of SolarBuddy’s goal of gifting six million lights to children living in energy poverty by 2030.

The alignment of values was clear from the start, with the focus on education to help break the cycle of disadvantage and empowering young Australians to reach their potential.

Educating locally, Impacting Globally
To date, Origin volunteers have presented the EducationBuddy program to more than one hundred schools across Australia and assisted thousands of students with the assembly of SolarBuddy’s solar lights donated to children living in energy poverty.

Through this program, students learn more about renewable energy and the collective impact science, technology, engineering, and mathematics (STEM) have on humanity which aligns with the Foundation’s focus on STEM education. Students also gain a deeper understanding of ethical and intercultural global issues in a unique and impactful way.

The donation of solar lights has been distributed into the hands of children in Papua New Guinea (PNG) by a team of Origin volunteers alongside representatives from SolarBuddy and in Tanzania, enabling them to study after dusk resulting in the improvement of educational outcomes. Utilising solar lights have also been beneficial to their environment, health, and family budget because an average family spends up to 80% of their annual income on lighting and cooking fuels.

“It was rewarding to see the impact of the work of Australian school students and Origin volunteers – with the introduction of SolarBuddy lights, children in PNG are studying 78% longer and kerosene and other dangerous fuels have been reduced by 80%. Since these fuels are also the single biggest expenditure for households, that money can now be spent on food and health and education.”
– Leslie Taviri, CEO of Origin’s PNG operations

In January 2020, more than half of all Australians were directly affected by the summer’s bushfire crisis. SolarBuddy teamed up with Eurobodalla Shire Councillor, Lindsay Brown, Shaun Martyn, Founder of FairBreak and Mary Dullard, Head of Wholesale Development at Origin Energy to assist in its recovery efforts.

Volunteers from Origin assembled more than 800 SolarBuddy solar lights which were donated to bushfire affected communities, community organisations, emergency services as well as recovery and evacuation centres in New South Wales and Victoria.

“The plight of Australians impacted by the bushfires has touched Origin people who have used the Foundation’s matched giving program to donate more than $100,000 so far.”
– Ruth Lee, Manager of Origin Foundation’s Workplace Giving Programs

This fun and engaging home-based activity saw the participation of more than 300 employees from Origin and their families who assembled solar lights and attended virtual presentations where they learnt about energy poverty and challenges confronting families in developing countries.

The Impact of Origin Foundation

Over the course of two years, the Foundation has donated a total of 8,221 solar lights to children living in energy poverty and families devastated by the Australian Bushfires. The amazing impact of solar lights has a long-lasting impact on recipients. To put it into perspective, the gift of 8,221 solar lights has resulted in:
– 41,105 lives impacted
– 18,003,990 increase in education hours over three years
– 1,274,255 carbon emissions offset over the lifespan of the light which boosts health benefits
– 80% reduction in kerosene expenditure resulting in economic benefits for the family
– 2,1374 seedlings grown for ten years with positive outcomes for the environment

“We would like to extend a huge thank you to Origin Energy Foundation for their ongoing contribution to illuminating futures of children living in energy poverty. Together with you, we will continue to create better lives for young Australians through EducationBuddy with the help of your volunteers.”
– Billie Murphy, General Manager of SolarBuddy

Join Us and Be a Force for Good

If you have been inspired by the actions and outcomes of this partnership, we invite you to become a catalyst for positive change. For more information, please contact Billie Murphy, General Manager of SolarBuddy on email enquiries@solarbuddy.org 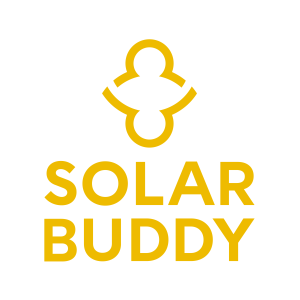 SolarBuddy is an Australian impact organisation uniting a global community to illuminate the futures of children living in energy poverty.

The Power of a Letter

Kindness Challenge – The Power of a Smile

The Power of a Letter

Changing lives with words… As part of our STEM education and CSR light-build programs, Australian students and employees are given the special opportunity of writing

Discover the product features, our design team’s process behind and the potential impact of our brand-new product, StudentBuddy. In July 2022, something very exciting happened

SANGKE RIVER, Cambodia – where the children of Tray Primary & Secondary, experience school a little differently to some people. Their school is located along

Read More »
Hannah Rowe August 15, 2022
We use cookies to make SolarBuddy’s website a better place. Cookies help to provide a more personalized experience and relevant advertising for you, and analytics for us. To learn more about the different cookies we're using, check out our Privacy Policy ﻿(baked treats excluded). By clicking “Accept All”, you consent to the use of ALL the cookies. However, you may visit "Cookie Settings" to provide a controlled consent.
Cookie SettingsAccept All
Manage consent

This website uses cookies to improve your experience while you navigate through the website. Out of these, the cookies that are categorized as necessary are stored on your browser as they are essential for the working of basic functionalities of the website. We also use third-party cookies that help us analyze and understand how you use this website. These cookies will be stored in your browser only with your consent. You also have the option to opt-out of these cookies. But opting out of some of these cookies may affect your browsing experience.
Necessary Always Enabled
Necessary cookies are absolutely essential for the website to function properly. These cookies ensure basic functionalities and security features of the website, anonymously.
Functional
Functional cookies help to perform certain functionalities like sharing the content of the website on social media platforms, collect feedbacks, and other third-party features.
Performance
Performance cookies are used to understand and analyze the key performance indexes of the website which helps in delivering a better user experience for the visitors.
Analytics
Analytical cookies are used to understand how visitors interact with the website. These cookies help provide information on metrics the number of visitors, bounce rate, traffic source, etc.
Advertisement
Advertisement cookies are used to provide visitors with relevant ads and marketing campaigns. These cookies track visitors across websites and collect information to provide customized ads.
Others
Other uncategorized cookies are those that are being analyzed and have not been classified into a category as yet.
SAVE & ACCEPT
Powered by

Subscribe to our newsletter to hear more about extreme energy poverty and how SolarBuddy’s innovative solutions are helping to illuminate lives.